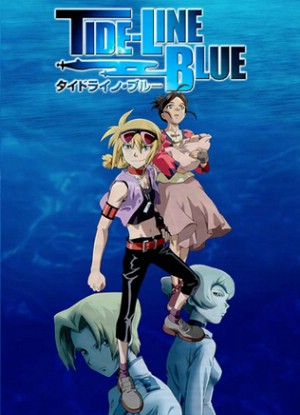 Summary: The catastrophe, “Hammer of Eden”, resulted in the loss of six billion lives and the flooding of 90% of the land. The New United Nations were formed to pursue peace on the ruined lands 14 years later. Keel is a boy living in a town called Yabitsu, an area which prospered due to the energy from the nuclear generator brought by the catastrophe.

His next kin, Aoi, is the secretary general of the New United Nations. She views the catastrophe as an opportunity to create a new world in which nations can help one another overcome differences in races and religions. However, her efforts to realise that vision fail because of the unwillingness of the nations to change. Gould, a military officer, feels that the only way to make an order is through the military. Using Ulysses, a nuclear submarine, along with his crew, including Keel’s brother Tean, Gould carries out a coup to declare war against the New United Nations in his attack on Yabitsu. Genre: Action, adventure, drama, Military, post-apocalyptic