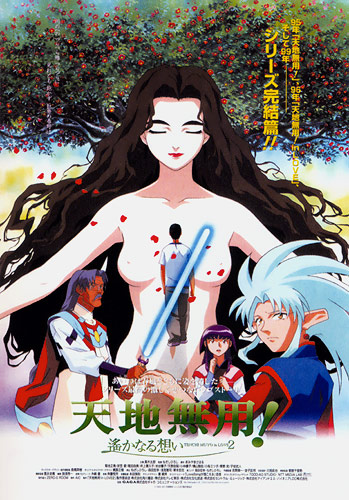 Summary: One fine day, as always, Ryoko and Aeka are busy fighting over Tenchi. Tenchi takes a walk into the mountains for a breather, but he never returns. Six months later, there is still no sign of him. Together, Ryoko and Aeka move to the city and use their time off from work to search for Tenchi. A chance encounter reveals to them an older, more mature Tenchi with no memory of Ryoko or Aeka. To make matters worse, he seems to have found a new love in the person of Haruna.