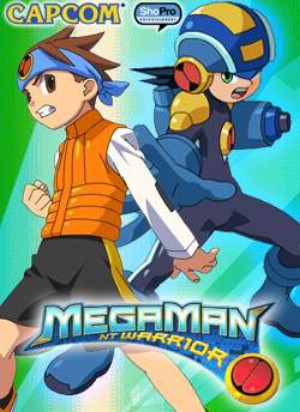 Summary: Plot Summary:Hikari Netto and his NetNavi and best friend, Rockman, are back in an all new series. This time, armed with the Synchro Chip which allows them to fuse in the real world, they are ready and willing to protect the peace from the evils of the Dark Loids. Netto’s father has hit a technology break-through: Cross Fusion, allowing a human and Net Navi to merge as one being within contained virtual fields called Dimensional Areas.

However, an unknown crime syndicate has been mimicking the technology in order to spread dark energy throughout Japan via Dark Chips, corrupting a Net Navi’s soul. Netto and Rockman join the Net Saviors, authorities against net crime, and use the force of Cross Fusion to battle in the real world for the first time