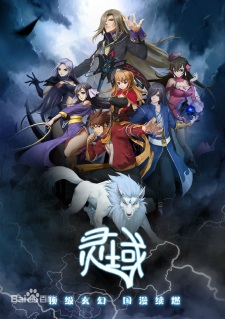 Summary: In the world of Ling Yu(Spiritual Field), there is a continent named Chilan(Red Tide), where warriors and their Spirit Weapons are classified into different levels. Families and clans follow a strict hierarchy, too. Under the leadership of the Xuantian Union, human warriors and the Evil Clan have been engaged in brutal fights on Nether Battlefield for hundreds of years. A Soul-devouring Beast sneaked into the Chilan Continent through a crevice on the Nether Battlefield before it ruthlessly slaughtered the Feng Town and the Gao Town. Qin Lie, a young man from the Ling Town, together with Ling Yushi and Gao Yu whom he had grown up with, was commanded to help the Xuantian Union in the conquest of the Soul-devouring Beast. He did not anticipate that he would be swallowed into a great conspiracy. To protect his friends and to rescue the one he loves, the powers hiding in his veins are awakening.