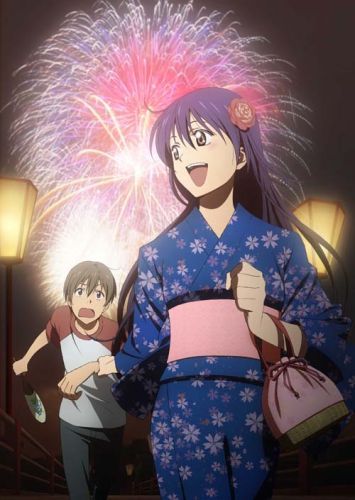 Summary: In spring Eba Yuzuki decided to attend a high school in the countryside. When the city girl started to freeload at Kirishima Haruto’s house, he was quite irritated at first, but over the course of summer into winter they shared a wonderful time and became ever so close. Then Yuzuki had to return to Tokyo, even though Haruto begged her to stay.

Some time later, Haruto is on a class excursion to Tokyo. Finally he will be able to meet Yuzuki again, and give her a special present. But the timing fails and they miss their rendezvous. Instead classmate Kanzaki Nanami — Haruto had previously confessed to her but was turned down — shows up and asks him to be her boyfriend… in a way.