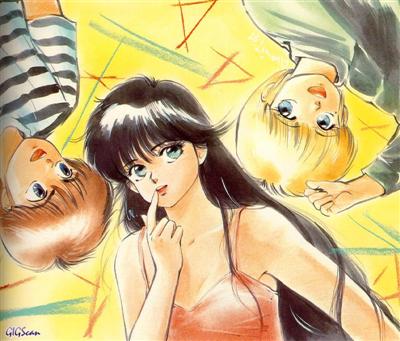 Summary: At a glance, Kimagure Orange Road is your basic high-school romantic comedy. The romance and drama center around a love triangle. The main character, Kasuga has a few telekinetic powers which are often used for comedic effect. He is also quite indecisive. The other main characters are Madoka and Hikaru. Most of the time, Madoka acts like a tough girl who can do anything and Hikaru demonstrates extreme cheerfulness. The stories generally follow Kasuga in his relationship with Madoka and Hikaru.