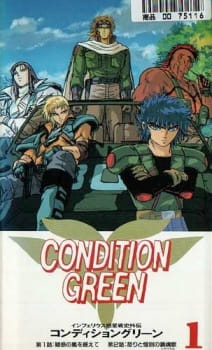 Summary: Keith, George, Edward, Yang and Shaw are Platoon #801, the five-man team formed to protect their homeworld in the Inferious galaxy from alien invasion. Gazaria’s evil emperor Vince conquers the neighbor worlds of Kal and Granad, and suddenly only Platoon #801, also known as Condition Green, stands between him and the conquest of Emerald Earth.