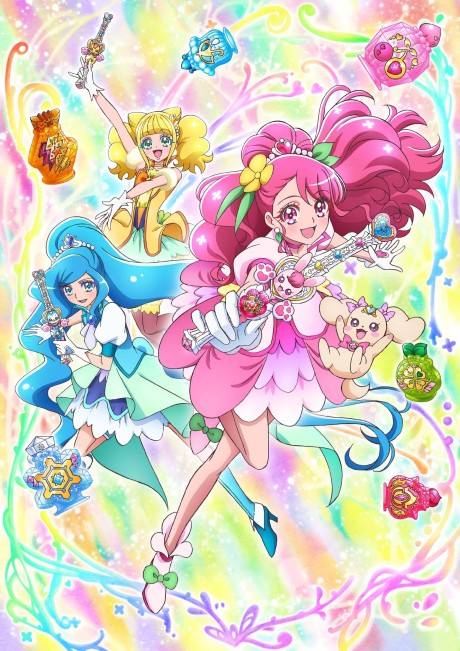 Summary: The Healin’ Garden, a secret world where Earth is healed, is under attack by the Byougenzu, who are trying to infect the Earth.
In order to salve it, three medical trainees of Earth, the Healin’ Animals, along with Latte, the little princess of the Healin’ Garden who holds a special power, escaped in search of their partners!
Now, three ordinary girls are able to transform into Pretty Cure with the power of the Healin’ Animals and fight against the Byougenzu!
The Pretty Cure are in charge of defending Latte and the precious Earth and all her creatures by taking care of them.