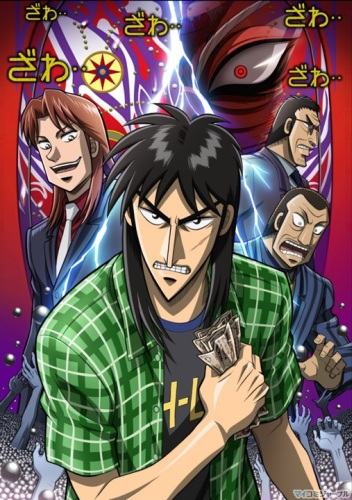 Summary: Itou Kaiji – an ordinary man living an ordinary life. All that changed when he was thrown into debt because of co-signing a contract for a friend. He rode the ship of hope, Espoir, to lift that debt. Kaiji was invited into the night of demons. Traps, betrayal, deceit. Gambles of insanity unfolded one after another. And after countless hardships, he finally reached the king of the underworld.

The leader of the Teiai group, Hyoudou Kazutaka. However Kaiji naturally lost, while Hyoudou won. Kaiji was taught a bloody lesson in what makes a true king. That brought the demonic night to a close, paid with Kaiji’s blood.Months have passed since then, Kaiji is still living his usual lifestyle of a bum. At the time of loss to Hyoudou his debt was 6.68 million yen, plus an additional 2 million. And with its interest his debt has already reached 9.5 million. Will he be able to repay his debt?