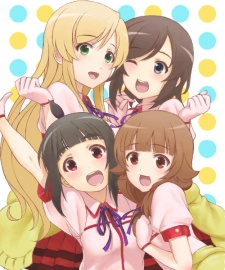 Summary: A new OVA for the idol girls series Futsuu no Joshikousei ga [Locodol] Yatte Mita. has been announced on the anime’s official Twitter. The news was first given at the 2nd Early Summer Nagarekawa Festival which took place at the Differ Ariake Arena in Tokyo today, and consisted of live events including the main cast of the anime.