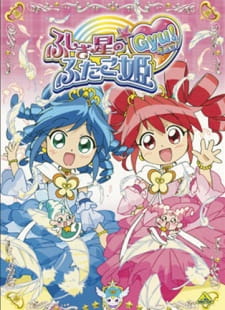 Summary: Fine and Rein are sent to the Royal Wonder Academy on the Royal Wonder Planet in order to study to become better princesses. They plan to make many friends, but unfortunately, the competition and cold nature of the students and teachers make things impossible. The twins also become Universal Princesses when touching the legendary Soleil Bell, releasing two angels named Pyupyu and Kyukyu to help aid them. Unfortunately, an evil force manifested in a painting doesn’t seem to be satisfied about the Universal Princesses…