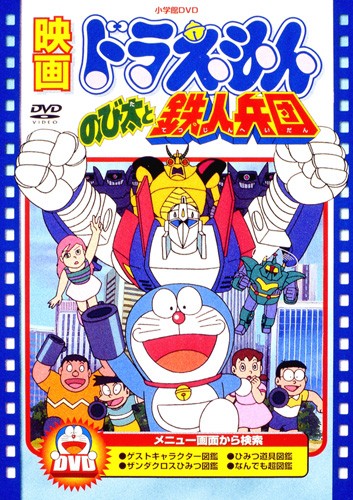 Summary: Giant robot parts fell from the sky, so Nobita and Doraemon took it into the mirror world to build it and called it the Zandacross. It seems that Zandacross is a dangerous weapon so they kept it a secret. A mysterious girl named Lilulu appeared and asked for Zandacross for the invasion but she doesn’t agree to invade the Earth. Doraemon and the others join forces to stop the invasion of the robot army but it seems that Lilulu is the only one that can stop it.