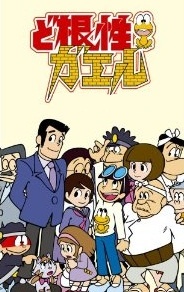 Summary: When Hiroshi was fighting against his rival Gorillaimo, he stumbled over a stone and fell on to a frog. To be surprised, the frog was still alive and it named itself Pyonkichi.