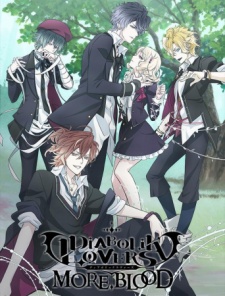 Summary: Yui Komori may (or may not) have attained vampire status, but due to her inexplicable links to the Sakamaki clan her life remains somewhat unchanged. Yet troubled by new dreams and apparitions mentioning a mysterious “Eve”, Yui’s life is suddenly once again – quite literally – turned upside down when she and the Sakamaki brothers are involved in a fiery car crash. The incident heralds the appearance of four new vampires, the Mukami tribe, and to her dismay these dashing young men have their eyes and fangs set on Yui as well!