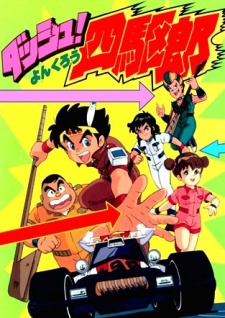 Summary: The story is a succession of races in imaginative paths and runs to suit her run. The story will focus increasingly what is the real Emperor, will be discovered having this many mini title that will compare against the Emperor of Yonkuro, the epilogue to the epic challenge of the Rally of hell in this race will challenge a group of thugs who want to take advantage of Best of Mini 4WD racers to be able to recover a hidden treasure.The story centers on a brother and sister, Tatsuya and Kiyoko, the children of a scientist at the Twin X facility. This story is used by the very popular main character Yonkuro Hinomaru.