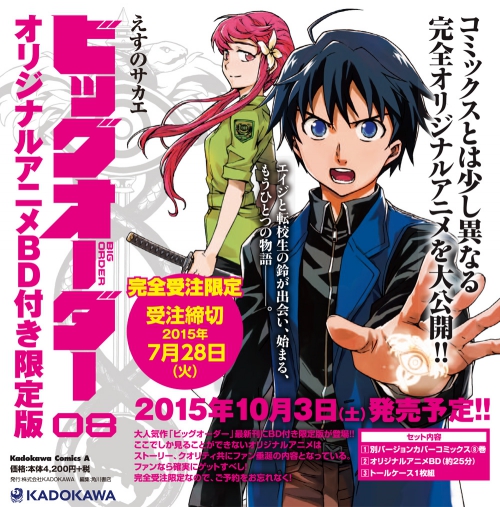 Summary: The wraparound jacket band on the seventh compiled volume of Sakae Esuno’s Big Order manga is announcing on Monday that the eighth volume will bundle an original anime Blu-ray disc. The limited edition volume with the bundled anime is slated to ship in Japan on October 3. The story centers on an introverted high school student named Eiji Hoshimiya with a huge secret—he wished for the destruction of the world when he was younger. Fairies give certain people special powers called Orders, and what Order Users can do with their power depends on their wishes. Ten years after the Great Destruction, Eiji struggles to come to terms with his immense