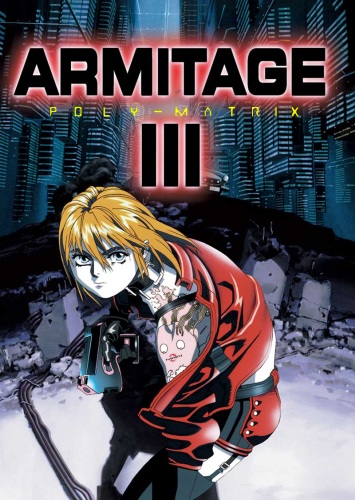 Summary: 2179: Mars has been colonized by Earth, populated by humans and ‘Second Types’ robots – robots designed to perform the menial tasks humans won’t do. Then there are the ‘Third Types’ – illegal humanoid robots designed by a nationalist force to look and behave exactly like humans – living undetected among the Martian population as citizens, until one man, Rene’ Danclaude, declares war on the ‘Thirds,’ starting a massacre in a vow to destroy them all.

That’s where she comes in.She’s Naomi Armitage. A cyber-punk Martian cop in hot pants, with an attitude as deadly as her gun. She’s also a ‘Third,’ and her fight against D’anclaude is a fight for her survival. Her partner, Ross Sylibus, lost his partner at the hands of a cybernetic killer and hates robots.