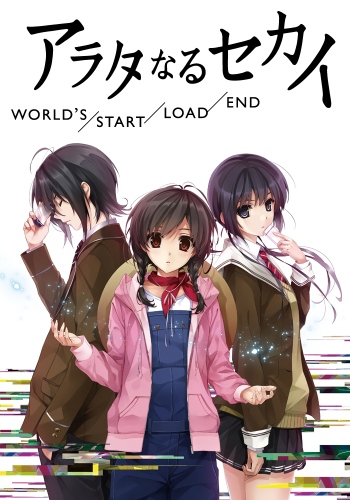 Summary:  Arata-naru Sekai is a mixed-media project of Iruma Hitoma. He is not only writing the novel version, but also creating the story for the manga version, scripting the anime version, and penning the lyrics for the music.The story follows a time researcher and a group of children in a depopulated world that finds itself stuck in time. In order to save humanity, some of the characters are chosen to travel to the future (depicted in the anime), and others to the past (depicted in the manga), while those who are deemed unsuitable for the technology stay in the present (depicted in the novel)