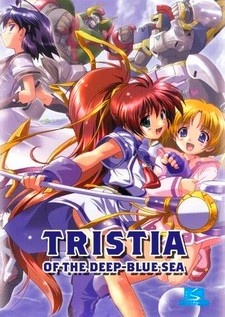 Summary: An ocean city, Tristia.
Tristia used to be prospering playing an important role of the maritime trade, and it was as beautiful as to be praised as “marine jewelry”.
However, that was a long time ago.
The attack of the dragons deprived the city of their original brightness. The people in Tristia worked hard to reconstruct their city, but everything they did went wrong, and the city became desolated on the contrary.
At the end of their hope, they asked a Great Artisan for the recovery of the city, Prospero Flanka. Prospero was a legendary inventor who had revived cities that otherwise would have been ruined.
The long-awaited day came when the Great Artisan Prosper arrived in the city… However, it was only one girl who stood at the port of the city. Prospero sent his grand daughter, Nanoka, for him.