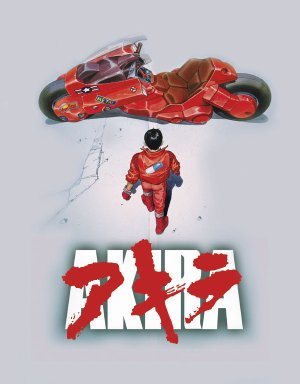 Summary: In the year 2019, thirty-one years after World War III, the authority of Neo-Tokyo is waging a constant battle against Underground rebels. Caught in the middle is a motorcycle gang whose aim is just to make trouble.

The gang leader Kaneda Shoutarou gets involved in more ways than one when an experimental psychic child escapes and results in gang member Shima Tetsuo’s capture and subsequent experimentation. Tetsuo the bitter runt of the pack now has the power of Akira and soon escapes when everyone realises that his power can result in the total destruction of Neo-Tokyo.